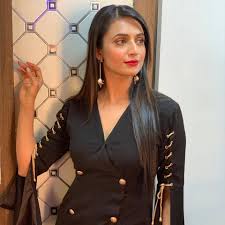 Yeh Hai Mohabbatein had been a much loved show on Star Plus which ran for almost 5 years.

Karan and Divyanka's chemistry created a magic and fans were much gaga over them.

While recently Divyanka Tripathi came to Instagram Live where she was asked a question about Mehr.

Karan and Ankita had a daughter Mehr last December, here Divyanka reveals that she hadn't met the angel yet.

Divyanka shares as how Karan's father-in-law called her and was elated that his grand daughter shares birthday with her and now she is hoping to meet Mehr Patel soon.

What do you think of this new chemistry of stars with their fans amid this lockdown.

» Yeh Hai Mohabbatein: Ishita to pass last test of love only for Raman