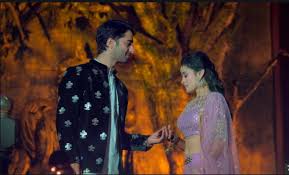 Abeer and Mishti's life seems to take new turn, here they had clash over family issue.

Abeer and Mishti are same and has same love for family but has their different issues.

Abeer and Mishti's these differences comes to an end and now major dhamaka is yet to unfold.

Mishti announce her pregnancy to Abeer and both couldn't resist this happiness and hugs each other.

Abeer dances and thanks Mishti for giving such a huge happiness to him and are excited to explore this new journey of love, care and parenthood.