Naagin 4: After Rashami Desai Siddharth Shukla to enter the show 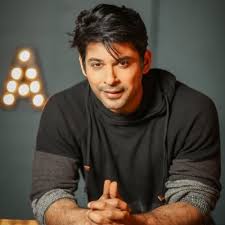 Naagin 4: After Rashami Desai, Siddharth Shukla to enter the show

Colors supernatural drama Naagin 4 is gearing up the drama quotient in the show.

Makers are trying everything to boost the trp of the show and here major dhamaka is yet to unfold.

Rashami Desai has entered the show as naagin Shalaka and has got married to Dev.

Shalaka's real motive behind entering Dev's life is yet not revealed, while here a new dhamaka is yet to unfold.

Siddharth and Rashami major chemistry and rivalry is seen in Bigg Boss 13 house and now makers are trying to use that imagine and publicity.

Siddharth Shukla will enter as snake charmer and will have love chemistry with Shalaka.

It means Rashami Desai and Siddharth Shukla's chemistry will be seen agan.