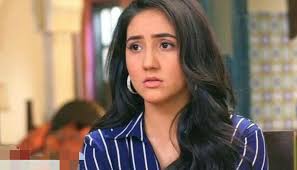 Minni and Neil had an emotional moment and here Minni asks Neil to stand strong against Isha.

Minni asks Neil to fight for his daughter as he has right over her, here Minni, Neil meets Isha in court.

Isha lashes out at Neil for trying to over smart her as she will never give her daughter to him.

Minni thus comes forward to thrash Isha and tells her that they will snatch Neil's daughter from her as she isn't a good mother.

Minni's strong support for Neil shocks Isha and here Neil is amazed to see how Minni is still supporting him.