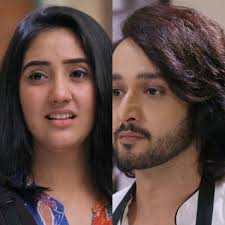 Minni is shocked to see Neil's emotional side for his daughter and here Minni asks Neil to take this fight ahead.

Minni is all shattered to realize that may be her father Ashok was also not at fault and she didn't give benefit of doubt to him and didn't see his emotions.

Here Minni decides to not let Neil suffer and suggest him to fight it out.

Minni kiss Neil on his forehead and assures that she is with him, Neil is happy to get Minni's support.

Minni thus stand by Neil and here what more drama awaited ahead.