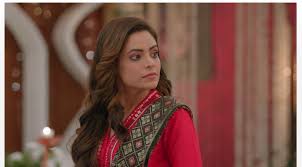 Komolika is super furious as Prerna is still alive and here she returns back to challenge her.

Komolika had given the deal to Jagga and he fails to kill Prerna and thus Komolika bursts at him.

Komolika puts knife on his neck and tells Jagga that she is Komolika who can return from dead.

Komolika was threatening Jagga and reveals her real identity, Moloy witness it.

Moloy is shocked to know that Sonalika is actually Komolika and has returned for Anurag.

Moloy gets scared as this is a nightmare and now he wants to save his family from this trauma.