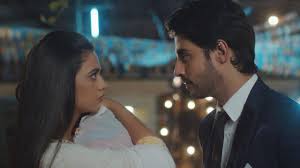 The upcoming episode of Colors popular daily soap Gathbandhan is gearing up for high voltage drama and twist.

Raghu and Dhanak's differences are increasing all the more, here Akshay is doing drama.

Akshay is doing his leg sprain drama and making Dhanak take care of him and Raghu is irritated at this.

Raghu knows that Akshay is doing drama and here he has a plan, Raghu makes Akshay run on his feet.

Raghu and Akshay's game on

Raghu makes Akshay run infront of Dhanak to make her realise as how Akshay is taking advantage of her innocence.

Here Dhanak is shocked to see this and Akshay tries to explain it to Dhanak but of no use.