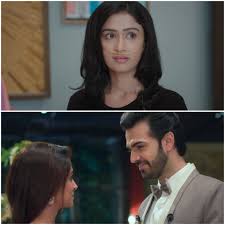 Rohit and Sonakshi are united by Rhyma as she accepts the fact that Rohit has moved ahead in life.

Rhyma thus calls Sippy and Rastogi family and thus unites Rohit and Sonakshi by their love.

While there seems to be some drama in it as Sumit is also acting good in it and helping them.

Rhyma is actually playing this game against Rohit and Sonakshi, Rhyma has turned puppet to Sumit's hand.

Rhyma is doing all this drama to bring on bigger dhamaka ahead and here everything seems to change soon.