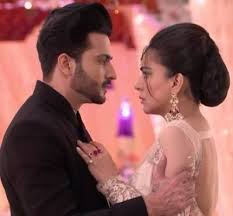 Preeta had seen Karan's love for her amid terrorist attack twist, here Preeta is all confused.

While Prithvi is planning to take advantage of clash and thus brain washes Preeta against Karan.

Prithvi asks Preeta to take revenge against Karan for what he had done to her and make him pay for his deeds.

Prithvi and Preeta's plan against Karan

Preeta is all confused but joins hand with Prithvi to make Karan pay for what he had done.

Will Preeta be able to do it as Prithvi is trying to use her against Karan.