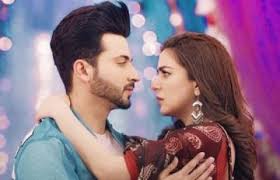 Karan and Preeta are a married couple and still they had their differences as Karan had refused to accept Preeta.

Karan had married Preeta for revenge and he made it clear aloud, while here Karan and Preeta's destiny has another role to play.

Karan and Preeta are in the same hotel and terrorist attack happens there.

Preeta was trying to escape and Karan asks her to get in his room as they can't leave in such situation.

Karan pushes Preeta in his room, Preeta is not ready to stay there and says that she will prefer to die rather than staying with him in the same room.