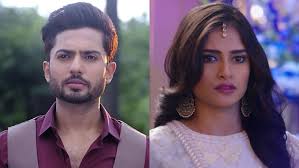 Guddan is back home and here she is trying to find truth as why Akshat shoot her and why Revti has married Parv.

Guddan knows how Parv is and thus worried for her sister Revti, but she is unaware that this game against her is actually played by Revti.

Revti loves Angad and his death had broken her and now she is all set to take revenge against Guddan.

Guddan has to deal with the enemy she is unaware of that is her own sister Revti and couldn’t think of it.