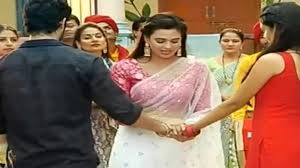 The upcoming episode of Colors popular daily soap Gathbandhan is gearing up for new twist and drama.

Raghu and Dhanak’s life is completely changed in these five years, Dhanak has moved on in life with Akshay.

Dhanak has actually not moved on but is showing it to Raghu and the people, Dhanak and Akshay’s relationship is not that simple.

Here Raghu’s life is still stuck where Dhanak had left him, here Raghu is still not into his mother Savitri’s business.

Raghu is still walking on the path Dhanak had shown to him, while now Raghu aims to win back Dhanak and her love which gets Akshay furious.