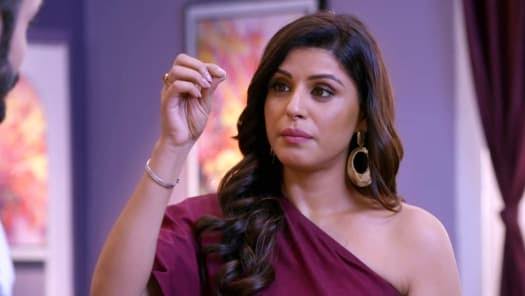 Star Plus popular daily soap Yeh Hai Mohabbatein is gearing up for new drama and twist.

Natasha is super irked as DNA report plan flops and it proves that Raman is not Shardul.

Here Natasha bursts at Arjit for what all happened, Arjit now tells him that he will make some other plan.

While now Sunil asks Natasha as why she is so determined to get Shardul back as she herself was trying to get rid of him.

Natasha unveils that she has no interest in getting back Shardul and reveals as how she had robbed diamonds.

Natasha had kept these diamonds in a locker which will open with Shardul's face and thus she wants Shardul and it doesn't matter if he is Raman or Shardul.