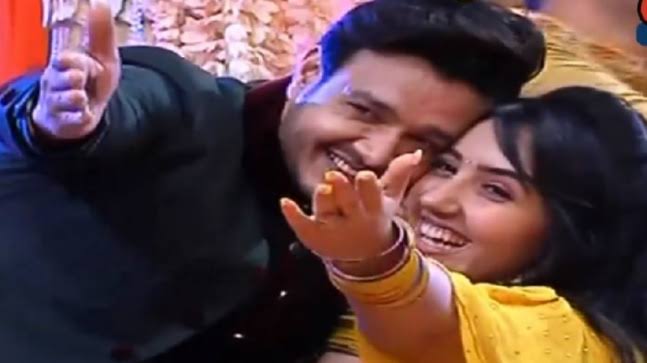 Minni is leaving no stone unturned to make these day of wedding special for Babita.

Minni is herself making preparations of this wedding and here Babita, Hanuman's mehendi ceremony is organised.

While a big surprise awaits for Babita as Hanuman and Minni has planned dance surprise.

Hanuman and Minni had to dance for Babita and thus makes this occasion more special.

Babita is astonished to see as how Hanuman is making efforts for her and Minni is happy to see her mother smiling and happy.

Minni thus asks Babita and Hanuman to dance together and spreads happiness.