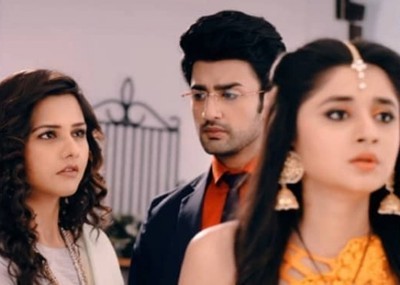 Akshat and Guddan's life is going through major turmoil after Antara's entry.

Akshat thus is trying to do what is best and thus agrees to marry Antara.

While here Guddan is trying to expose Antara's real face and stop this marriage but a bigger dhamaka awaits.

The bigger dhamaka here is that Antara will instigate Akshat and thus he will burst at Guddan for no reason and asks her to stay away from his and Antara's marriage.

Guddan is stunned and bears pain as she had not expected this from Akshat.