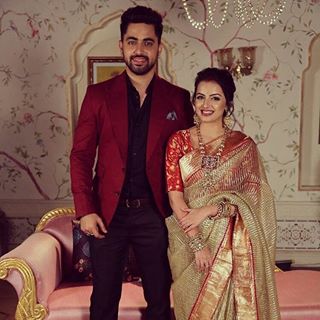 The upcoming episode of Star Plus popular daily soap Ek Bhram Sarvagun Sampanna is gearing up for new drama and dhamaka.

Kavya and Janhvi's life seems to get intermingled, here Kavya has found Vyom's truth and increases love for Kabir.

Kavya is affected by knowing that Kabir had done so much for her and takes oath to do anything for him.

Here Janhvi plans to take advantage of this situation and scrips a bigger dhamaka in Mittal house.

PK finds that Kabir has married Kavya who is traitor's wife and it will affect his political career and thus creates dhamaka and was about to throw Kabir's photograph and Kavya stops him.

Janhvi is all set to see dhamaka growing up and is taking pleasure to see Mittal family breaking apart.