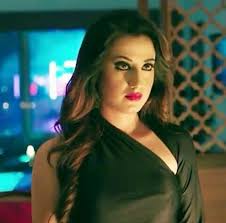 The upcoming episode of Star Plus popular daily soap Kasauti Zindagi Ki 2 is up for high voltage drama.

Prerna is now claiming her right as Anurag's wife and living in Basu mansion.

Not only this Prerna has also claimed her place in Anurag's bedroom as she is Anurag's wife.

Prerna and Komolika's bitter fight for Anurag seems to grow stronger as Komolika is not going to back off so easily.

While Hina Khan who plays Komolika in the show has to leave the show because of her prior commitments.

Hina Khan is thus being replaced by none other than Ishq Mein Marjawan fame Alisha Panwar who had played negative role of Tara in the show.

Alisha Panwar will now play this evil game as Komolika against Prerna, how much are you guys excited for the same.