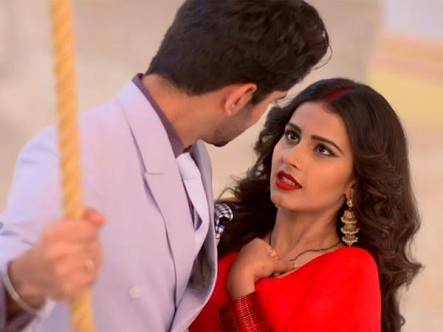 The upcoming episode of Star Plus popular daily soap Iss Pyaar Ko Kya Naam Doon 3 is moving towards its end.

Iss Pyaar Ko Kya Naam Doon 3 is going to go off air and thus makers are taking all measures to unite Advay and Chandni for happy ending.

Indraini's ugly face will unveil infront of Chandni and thus she will take step against her mother Indraini for truth.

Chandni had always supported her mother and had always abide by her but now Chandni goes against her after knowing her ugly truth.

Advay and Chandni's grand union with end of evil Sasha

Advay is shocked seeing this and Chandni's innocence will also be proved, Advay realise that he had done wrong with Chandni.

Sasha will play ugly death plan for Chandni but Advay will save her and thus grand union of Advay and Chandni will happen.

Stay tuned for more exciting updates of the upcoming episodes.