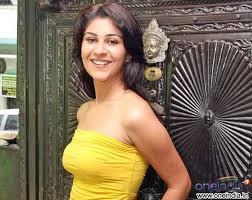 Star Plus's new show Tamanna is doing quite well among its audience.

Tamanna's storyline and actors has been much appreciated.

Now the news is their that Anchal Sabharwal will also enter the show.

Anchal will be seen playing the parallel lead role in the series.

Anchal will portray a character of an air hostess who lives in Dhara's chawl.

Anchal will showcased as an smart independent girl Lavanya.

Anchal will be seen inspiring Dhara for her dream goal.

The show is currently showing flashback about Dhara's cricket love.

How she started playing cricket and how the game changed her life.

Stay tuned for more exciting updates of films and television.