Vivian Dsena's come back with Gurdaspur on colors 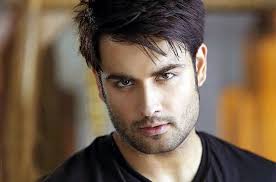 Vivian Dsena to make a comeback on colors

There is a good news for Vivian Dsena's fans as Vivian is all set for a comeback on television.

Vivian has been away from the screen from a long time.

But now Vivian is going to make a comeback on television with colors.

According to the sources Vivian has been approached for a television series Gurdaspur.

The series has a Punjabi backdrop and is going to be on air on colors.

Veteran actor Sudesh Berry will also been seen in a pivotal role in the series.

When asks about Sudesh confirmed the news and says that he is happy with the Punjabi background of the show as he himself is a Punjabi.

Stay tuned for more exciting updates of films and television.

» JDJ Reloaded: Vivian Dsena to be evicted in the upcoming episode